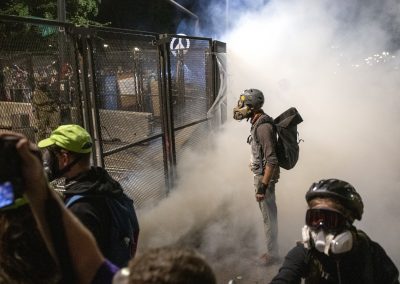 A lone protester stands in a cloud of tear gas as others around him flee outside the Multnomah County Justice Center on Friday night, July 24, 2020. Photo by Zach Wilkinson 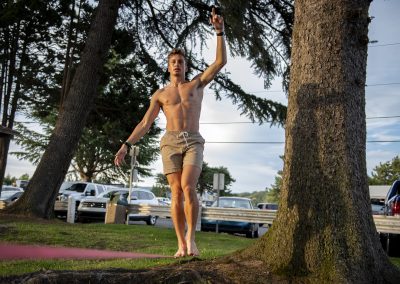 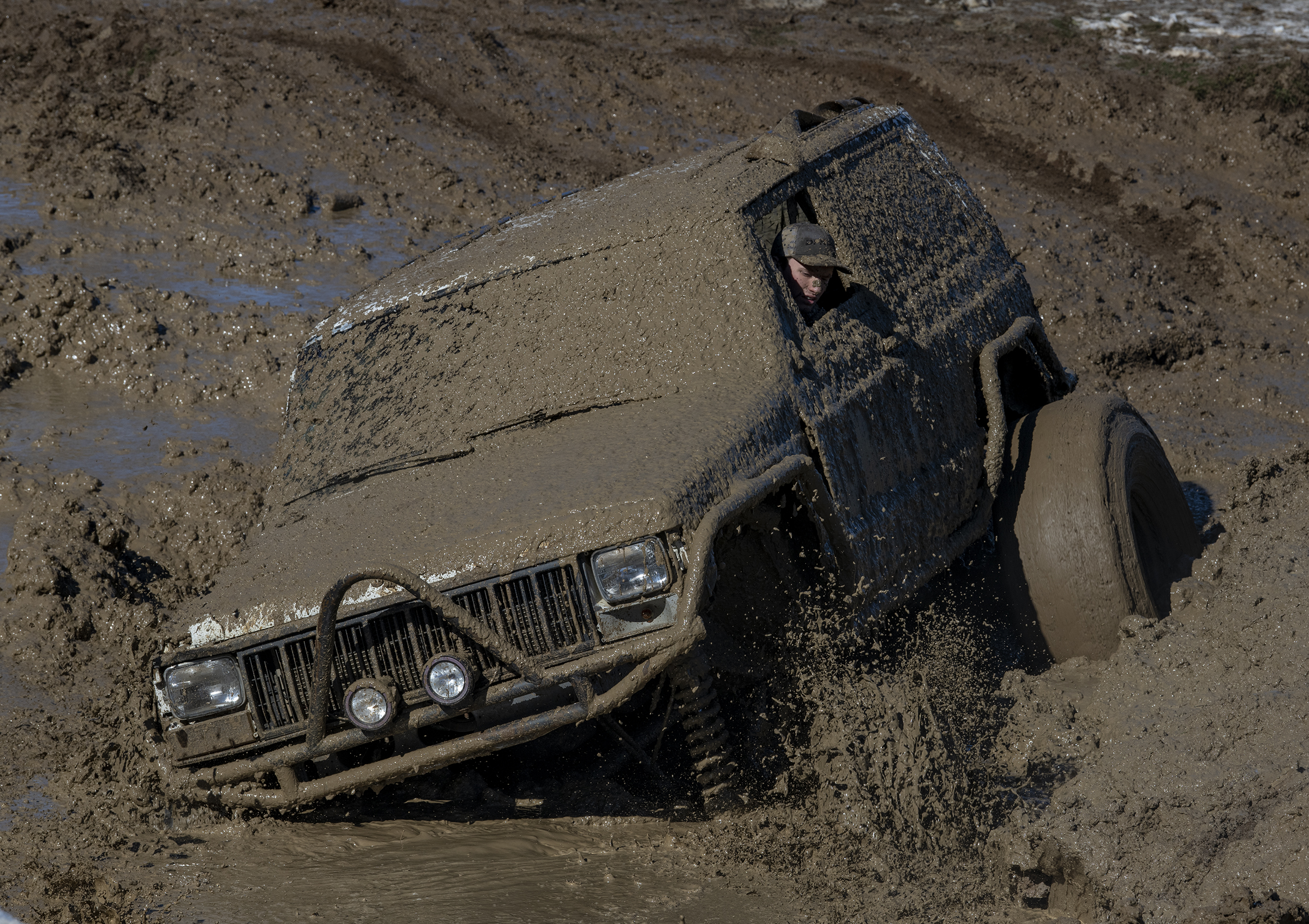 One participant gets his vehicle stuck in a mud pit at Northern Farms Mud Fest on Saturday morning, March 2, 2019 in Sweet Home, OR. Photo by Zach Wilkinson 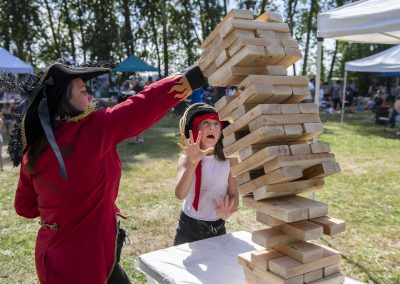 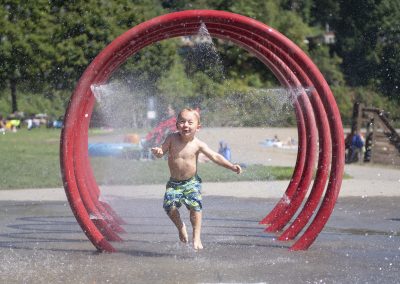 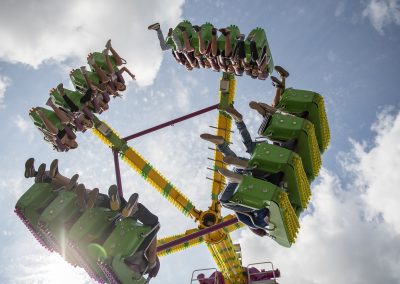 Fairgoers have their feet dangle below as they ride Freak Out at the Clark County Fair on Friday afternoon, August 2, 2019. (Zach Wilkinson/The Columbian) 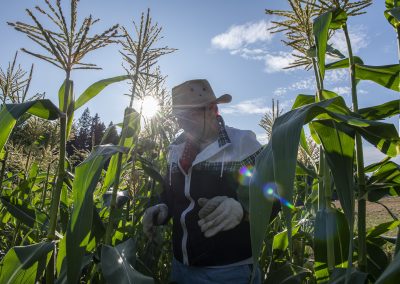 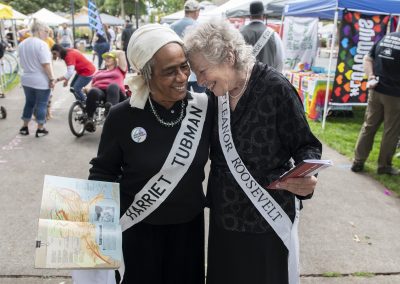 Peace and Justice Hero reenactors Lydia Folwer Newcomb, left, and Sonya Norton share a moment during the 16th annual Peace and Justice Fair at Esther Short Park on Saturday afternoon, September 14, 2019. “Reenactors are supposed to know about the person they represent. I acutally read up on Eleanor Roosevelt so I can inform visitors. A lot of people don’t know it,” said Norton. (Zach Wilkinson/The Columbian) 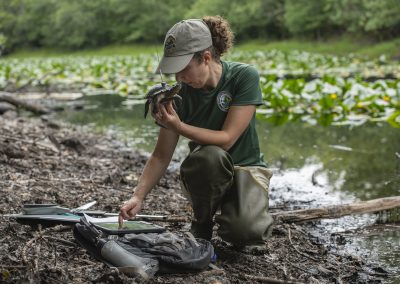 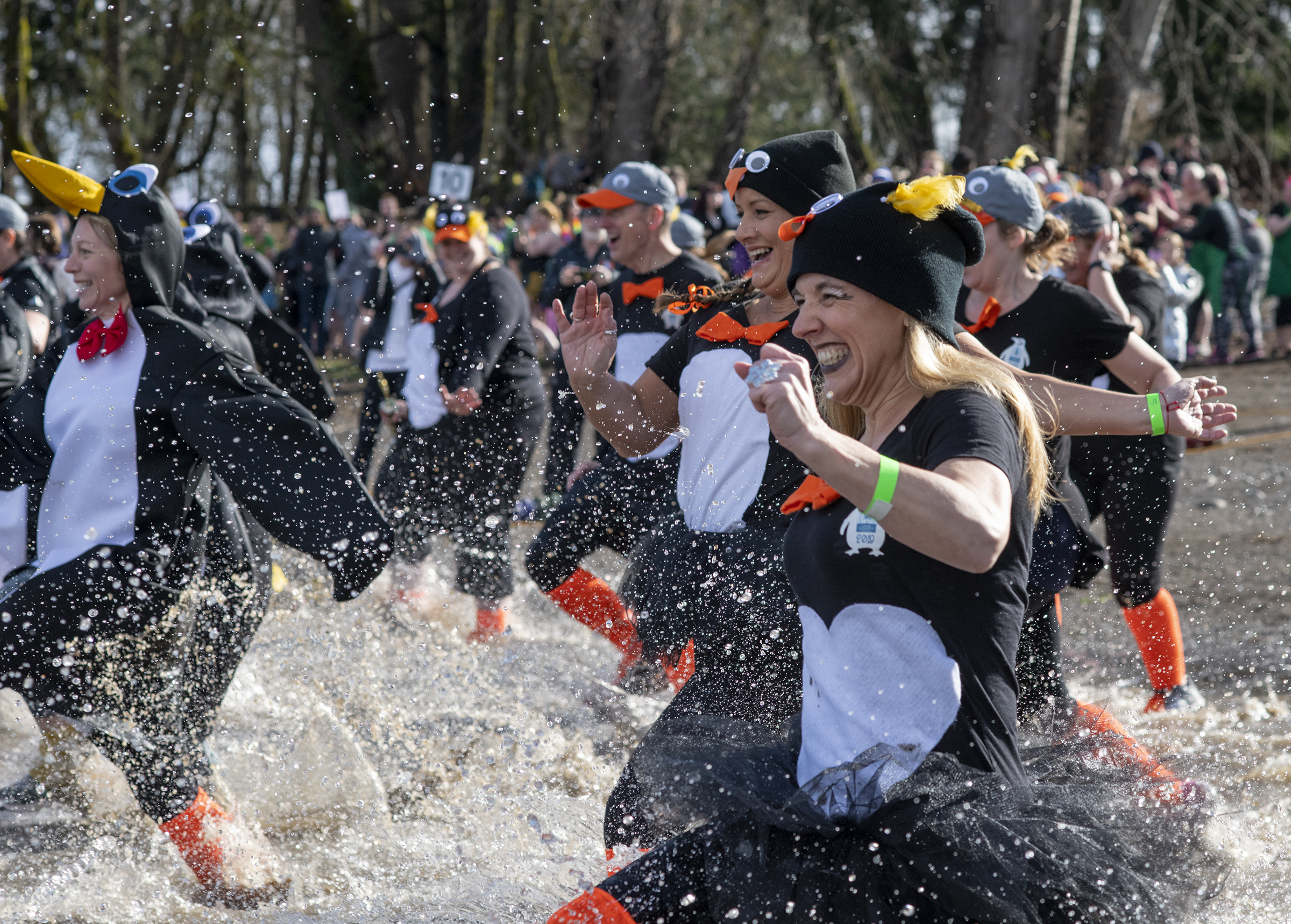 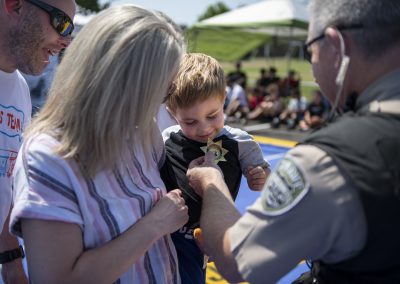 Jeff Linton, from left to right, and spouse Erin watch as their four-year-old son Camden is named an honorary deputy by Deputy Darrell Benton of the Clark County Sheriff’s Office as part of the Kindness 911 Sting operation at Skyview High School on Saturday afternoon, August 3, 2019. (Zach Wilkinson/The Columbian) 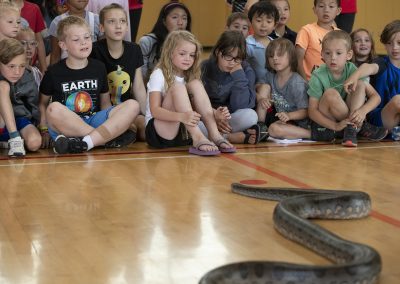 A crowd of children are entertained by a king cobra named Hannah, who was brought in by Steve Lattanzi of Steve’s Creature Feature, at the Jack, Will and Rob Center on Friday afternoon, August 16, 2019. (Zach Wilkinson/The Columbian) 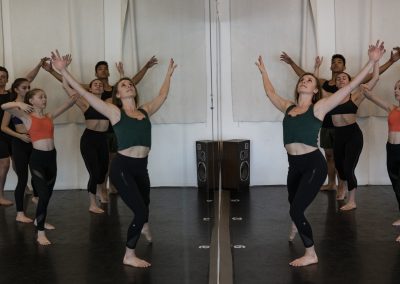